The 5 Features of Emotional Intelligence

Goleman's (1998) popular book, Working with Emotional Intelligence, suggests that emotional intelligence accounts for 67% of the abilities needed to be a successful leader and is twice as important as technical proficiency or IQ. This research has subsequently been supported by a number of studies.
In this article, we summarise the key 5 elements of emotional intelligence, the benefits of each and how to improve them.

What is emotional intelligence

The 5 features of emotional intelligence

Daniel Goleman determined that there are five fundamental features of EQ, each with their own benefits:

Self-awareness is the ability to accurately recognise your: emotions, strengths, limitations, actions and understand how these affect others around you.
Benefits:
Improve self-awareness by:

Self-regulation allows you to wisely manage your emotions and impulses - you show or restrain certain emotions depending on what is necessary and beneficial for the situation. For example, rather than shouting at your employees when you're stressed you may decide which tasks can be delegated.
Benefits:
Improve self-regulation by:

To be empathetic means you are able to identify and understand others' emotions i.e. imagining yourself in someone else's position.
Benefits:
To develop empathy:

Being self-motivated consists of: enjoying what you do, working towards achieving your goals and not being motivated by money or status.
Benefits:
To increase your motivation:

Finals week can be the most stressful time for a student, whether in high school, college or graduate school. Ensure you’re prepared for your exams with these study tips, which can help you conquer your finals. Follow this list as finals week approaches (the earlier you prep, the better) so you can ace your exams from start to finish:


1. Create your own study guide. 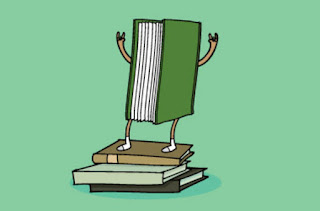 While many teachers provide a study guide, creating your own can help you understand the material better. Outlining the important information you need to learn can be helpful, both in creation and to refer to during your studies.

Your professors and TA’s are there to help! Ask them questions regarding the material and the exam so that you’re prepared when exam time arrives.

Review sessions offer vital information on exam format, what will be on the exam and key concepts you should be focusing your studies on.

If you always start ahead of schedule, you’ll never be cramming the night before an exam. You’ll almost always perform better in doing so!

It can be helpful to study in groups – sometimes. Evaluate whether or not studying with others will be beneficial to the subject as well at your learning process.


6. Study things not on the study guide.

Study guides aren't always comprehensive – they’re just suggestions of the main concepts to learn. Use your study guide for its intended purpose: a guide. Be sure to fill in the blanks with related information.

You won’t be able to memorize or comprehend all the material at once. Balance is key - ensure that you reward learning with break times to recharge and relax.

There’s a lot to be said about a good night’s sleep. Make sure you’re well-rested so that you can be fully focused during your exams.

Splitting the material into chucks you can actually achieve can be very beneficial. That way, you can keep track of what you’ve accomplished instead of looking at the big picture and getting overwhelmed.

Some exams will be more difficult than others, some you may find easier to study for. Some may be worth more of your grade than others. Make sure to evaluate all of your exams to consider and determine all of the involved factors so you can study accordingly.

If it’s multiple choice, you’ll need to know definitions and concepts. For essay exams, focus on your understanding of all the concepts presented, with examples in mind.

Often times, meeting with an instructor, whether it’s a professor or a TA, can give you helpful hints for what to study and ways to prepare for the exam.

Evaluate and reorganize your notes into what’s important, outlining important concepts, formulas dates and definitions so they’re easy to understand.

Make sure you stay focused and don’t burn yourself out. A great way to do so is to pace yourself rather than opting for the dreaded all-nighter. You can easily pace yourself by following tips like starting early, creating a study schedule and taking breaks when necessary!

Learning by teaching is a method that really works! If you work with a study buddy and explain concepts to one another, you're re-learning the material all over again. It's a great way to reinforce what you've learned and help someone in the meantime!

Switching up your subjects is a helpful way to learn everything for your exams while preventing burnout on one topic. Make sure to switch it up before your eyes glaze over! That way, you can keep studying for longer periods of time while maintaining your focus.

Create a system that allows you to color code material that's going to be on the exam by what's most important, less important, etc. This will help you focus on the most pertinent information and prioritize the material.

If you're a visual learner, it can help to create mind maps or diagrams to visualize how the concepts you're learning relate to one another. This is especially beneficial when learning concepts that build upon the understanding of one another, like in science courses.

It's easier to focus if you adapt to studying by quizzing yourself, creating acronyms or rewarding yourself for a job well done. Create a game plan - literally - that allows you to accomplish tasks and be rewarded for each. For example, why not reward yourself with a piece of chocolate or a sip of your coffee after you've accomplished a new chapter or allow yourself five minutes of free time for every chunk of material you digest? You can even add in fun factors like power-ups every time you learn a new definition and lose a life, which means you add another definition to your list, when you get an answer wrong! 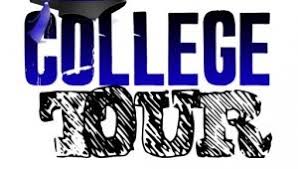 4 Types of Parenting Styles and Their Effects on Kids 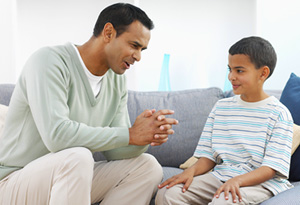 Each style takes a different approach to raising children, and can be identified by a number of different characteristics. 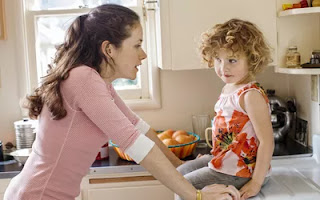 Do any of these statements sound like you?
If those statements sound familiar, you might be a permissive parent. Permissive parents are lenient. They often only step in when there's a serious problem.
They're quite forgiving and they adopt an attitude of "kids will be kids." When they do use consequences, they may not make those consequences stick. They might give privileges back if a child begs or they may allow a child to get out of time-out early if he promises to be good.
Permissive parents usually take on more of a friend role than a parent role. They often encourage their children to talk with them about their problems, but they usually don't put much effort into discouraging poor choices or bad behavior.
Kids who grow up with permissive parents are more likely to struggle academically. They may exhibit more behavioral problems as they don't appreciate authority and rules. They often have low self-esteem and may report a lot of sadness.
They're also at a higher risk for health problems, like obesity, because permissive parents struggle to limit junk food intake. They are even more likely to have dental cavities because permissive parents often don't enforce good habits, like ensuring a child brushes his teeth.
Are You a Permissive Parent?

Do any of these statements sound familiar?
If those statements sound familiar, you might be an uninvolved parent. Uninvolved parents tend to have little knowledge of what their children are doing.
There tend to be few rules. Children may not receive much guidance, nurturing, and parental attention.
Uninvolved parents expect children to raise themselves. They don't devote much time or energy into meeting children's basic needs.
Uninvolved parents may be neglectful but it's not always intentional. A parent with mental health issues or substance abuse problems, for example, may not be able to care for a child's physical or emotional needs on a consistent basis.
At other times, uninvolved parents lack knowledge about child development. And sometimes, they're simply overwhelmed with other problems, like work, paying bills, and managing a household.
Children with uninvolved parents are likely to struggle with self-esteem issues. They tend to perform poorly in school. They also exhibit frequent behavior problems and rank low in happiness.
Uninvolved Parenting and Its Effects on Children 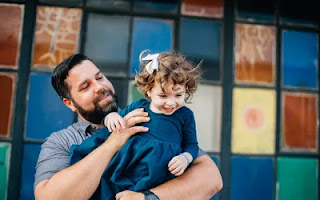 A Word From Verywell

With dedication and commitment to being the best parent you can be, you can maintain a positive relationship with your child while still establishing your authority in a healthy manner. And over time, your child will reap the benefits of your authoritative style.